I created this blog to fill the void that was left after the end of the baseball season and to get some practice in my newly found place in the journalism field. In this opening segment I will give a general overview of the baseball in Pittsburgh for those who may not be as familiar as others with it. Hopefully I’ll spark some interest in some new people or at least occupy your time while you could be doing something much more productive. Thanks for reading, enjoy!

Every year on October 31st a portal between the world of the dead and the living and spirits run free amongst us for one evening. This evening is what we celebrate as Halloween. While All Hallows Eve may put a frightening punctuation on the month of October something even scarier than the dead walking happens to baseball fans across the nation. For the end of October brings the heart wrenching end to yet another glorious season in the sun.

For some, especially Pirates fans, the season ends much earlier for us as post season hopes for Pittsburgh baseball were dashed a generation ago with the hopes that Barry Bonds and Bobby Bonilla would sign long term contract extensions. 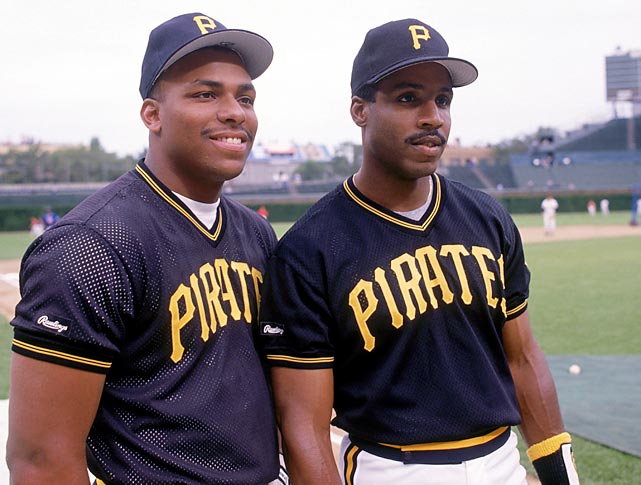 Bonds (right) and Bonilla (left) were two staples on the Pirates during their early 90’s pennant races. They both departed in 1993 to seek bigger contracts with bigger market teams.

Every fan has their speculation as to why the Pirates find themselves at a loss (or 90+) season after season. Whether those speculations be that upper management team members are lining their pockets with cash, or are too cheap to spend , all the way to the curse of Willie Stargell (For those of you unaware, our beloved Willie unfortunately passed away on April 9th, 2001, the same day PNC Park opened its gates.) Any way you chalk it up the Pittsburgh Pirates are the worst franchise in professional sports history. That is truly something to be embarrassed about.

Bob Nutting (Pictured above) is current majority owner of the Pirates and is highly criticized by many.

18 straight years of losing have left us nothing to look forward to except Spring Training and September call ups where, until recent years, not much beyond AAA scrubs have been displayed. Not to mention the countless draft picks that were squandered foolishly by past management. I will grant that the Littlefield/McClatchy era did bring about some former faces of the franchise, whether it be through scouting or fluke they managed to reel in Jason Bay, Jack Wilson, Freddy Sanchez, and Nate McLouth (All of whom were All-Stars in their tenure with the Pirates.)

The past management also brought in some budding young stars on today’s team, i.e. Andrew McCutchen and Neil Walker. (I suppose you could even throw Paul Maholm’s name in there as well though he isn’t exactly budding anymore) 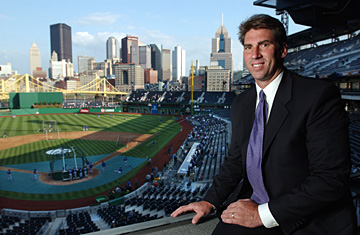 Dave Littlefield (Pictured above) is former Pirates GM and is scrutinized by many fans.

These young stars have been supplemented by other stars and supporting cast by the newest management team of Bob Nutting, Frank Coonley, and Neal Huntington. This group has managed to bring in Jose Tabata, Pedro Alvarez, James McDonald, Ross Ohlendorf and have most recently drafter a slew of promising youth in Tony Sanchez, Jameson Taillion, and Stetson Allie. This team has more than their fair share of complete busts though, which may be on account of bad scouting or just plain old bad luck.

A few players who haven’t panned out as planned are Andy LaRoche, Lastings Milledge, and Charlie Morton. Most recently Garrett Jones proved to be somewhat of a letdown as he barely matched his home run totals from his rookie season in his sophomore campaign. These are most definitely not the only players who have been busts, but some of the most prominent. All of the above players were acquired as a part of trade package except for Jones who was signed as a minor league free agent.

After a bad start to his Pirates carreer in 2008, LaRoche put together a solid 2009. Considered to be a dead lock for the second base position with the arrival of Pedro Alvarez, LaRoche was beat out by Neil Walker due to abysmal defense and an inconsistent bat in the 2010 season.

Coming up in the On-Deck Circle: 2011 25 Man Roster – Platoons and Puzzle Pieces